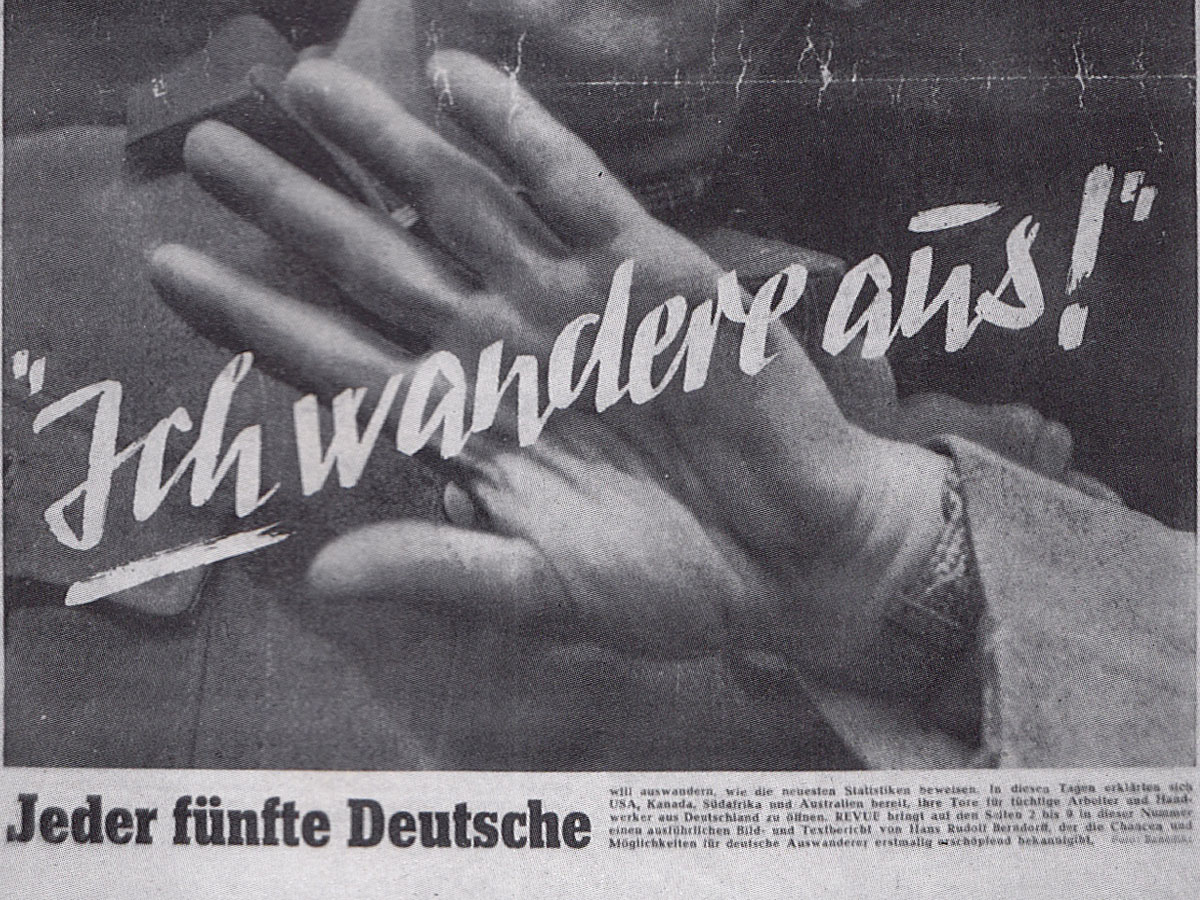 Photo credit:
"I'm emigrating!" Cover picture of the magazine "Revue. Die Weltillus-trierte" from 29 April 1950. After the Second World War, the number of people emigrating from Germany to settle abroad had risen sharply. Many of these were presumably people who had come to the Western zones or the early Federal Republic having migrated or escaped from the Soviet occupation zone and the GDR, or having been driven out of these regions, and who were now leaving Europe behind. Since the late 1940s, this extensive movement has not only been a media event in the Federal Republic of Germany, but also a major topic in public and political debates. Archiv des Instituts für Migrationsforschung und Interkulturelle Studien (IMIS), Osnabrück, CC0 1.0
The term migration refers to spatial movements of people. But not every change of location is considered migration. Exactly which phenomena and processes of regional mobility are understood as migration in scientific, political, media or public debates is contested and subject to constant change.
Text
Since ancient times, the term migration has been used by authors to refer to the spatial movements of people. However, it only became widespread in Europe with the rise of migration research in the late 20th century and entered into public debates at the beginning of the 21st century. Its use is subject to constant change, and the constant expansion of its application is striking:  The scientific production of knowledge about migration conditions intensified in the 1970s and has again risen sharply since the 1990s. A close look at this body of research reveals that the term migration has been used more and more frequently and that an increasing number of processes of spatial movement have been subsumed under it. Both the term and concept of migration have undoubtedly been in great demand over the past two or three decades. 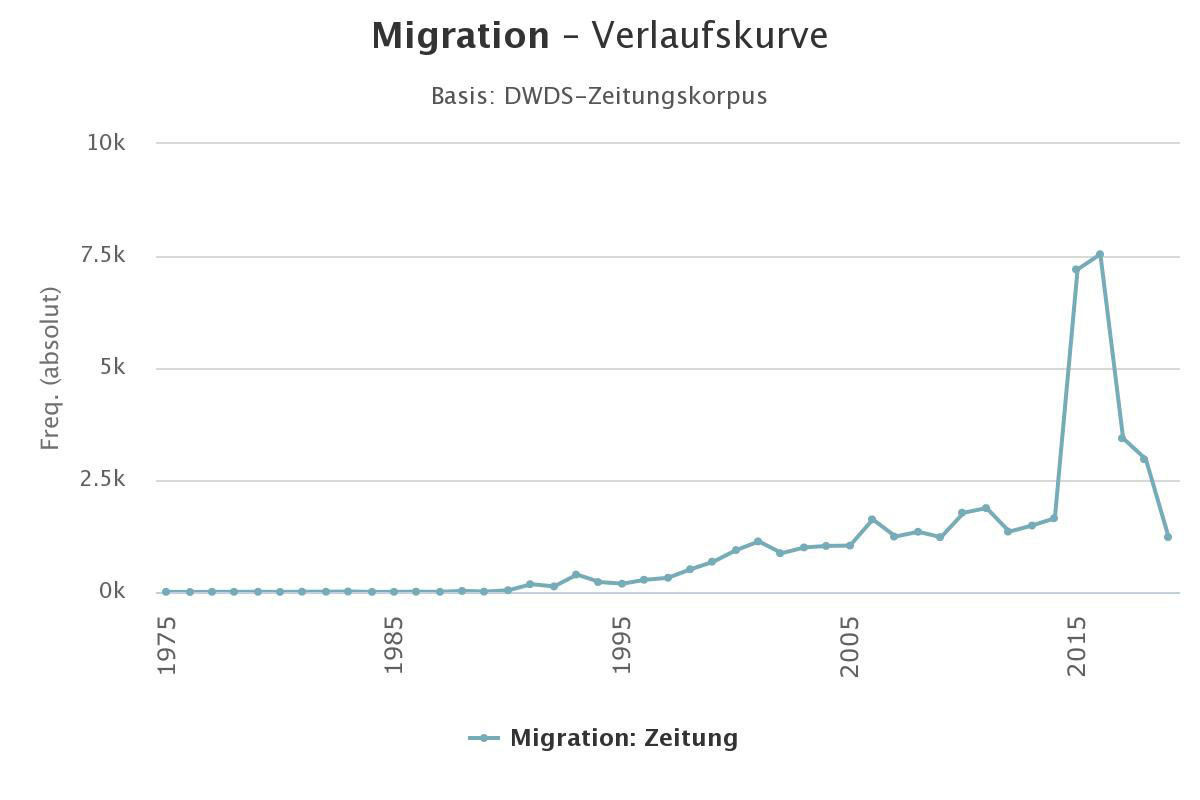 The first results of the debate on 'immobility' and 'immobilization' can be seen as a recent addition to the description of the subject of our own research: Isn't migration research only able to develop approaches that correspond to the complexity of its subject if it can also explain why people do not move? After all, a paradox has long characterized the scientific handling of the concept of migration: A large part of the work that sees itself as a contribution to the study of migration phenomena is explicitly not concerned with movement itself, including its backgrounds and conditions, but exclusively with its consequences. It focuses on the (permanent) settlement of migrants and the presence of their descendants in the destination country, as observed over generations, thus describing migration as an experience that tends to remain unfinished ('people with a migration background'). 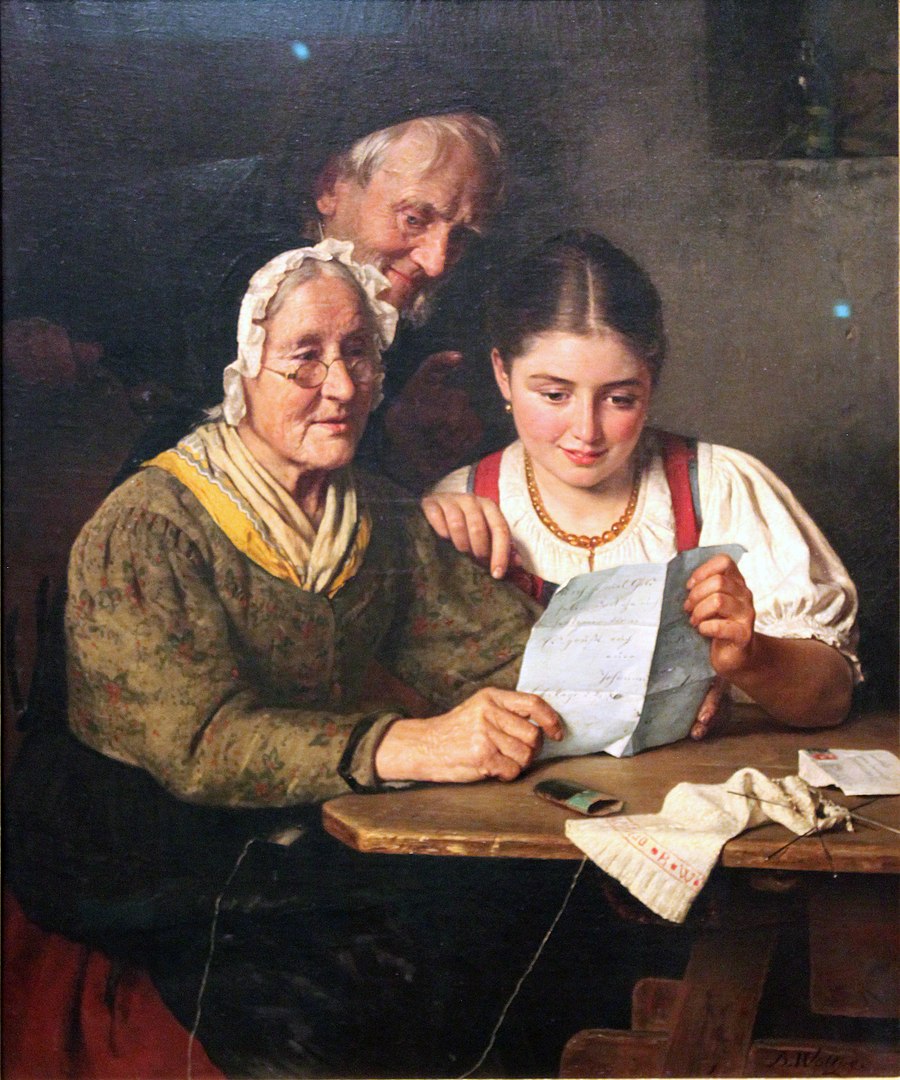 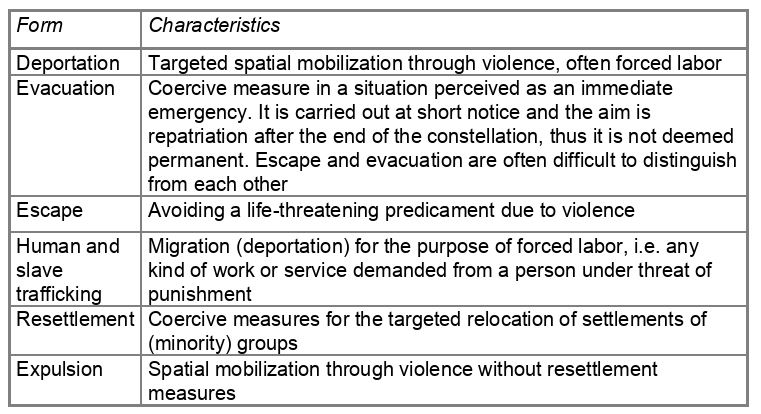 Typology of violent migrations. Jochen Oltmer, CC BY-NC-SA 4.0
Typology of violent migrations. Jochen Oltmer, CC BY-NC-SA 4.0
Text
In contrast, forms of violence-induced spatial movement become evident when state, semi-state, quasi-state and sometimes non-state actors impose far-reaching restrictions on the lives of individuals or collectives. Because of the threat to their lives and physical safety, to their rights and freedom, and/or to their opportunities for political participation, sovereignty and security, they feel compelled to leave their places of origin in order to gain and safeguard their own agency. In such circumstances, violent migration can be understood as a compulsion for spatial movement that does not seem to allow for any realistic alternative course of action.
The concept of escape refers to the avoidance of (macro-)violence, which is usually exercised or threatened for political, ideological, racist, gender-specific or religious reasons. In the case of expulsions, resettlements or deportations, (state) organizations organize and legitimize spatial movements under the threat and use of violence. The aim here is usually to remove (parts of) populations—often from conquered territories or territories acquired by force—in order to enforce ideas of homogeneity and to secure or stabilize rule. Escapes, expulsions and deportations can be found in all epochs, mostly in the context of war, the collapse of states or the founding of new states, and as a result of measures taken by authoritarian political systems.
State interest in and claims to control migration movements have grown considerably since the late 19th century and are expressed primarily in a far-reaching differentiation with regard to the mobility opportunities of different collectives, which greatly influence the general perception of opportunities offered by migration. Thus, for a long time now, it has been possible to speak of a global migratory class society that offers a small percentage of the population far-reaching and (almost) unlimited possibilities of cross-border migration, which is understood to be legitimate and advantageous. A large part of the world population, on the other hand, could not and cannot legally visit other states; these people are forced to take detours or find themselves relegated to limited channels of migration and their movement is considered a threat to security and prosperity and therefore illegitimate and irregular.
External Image 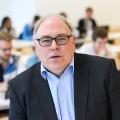 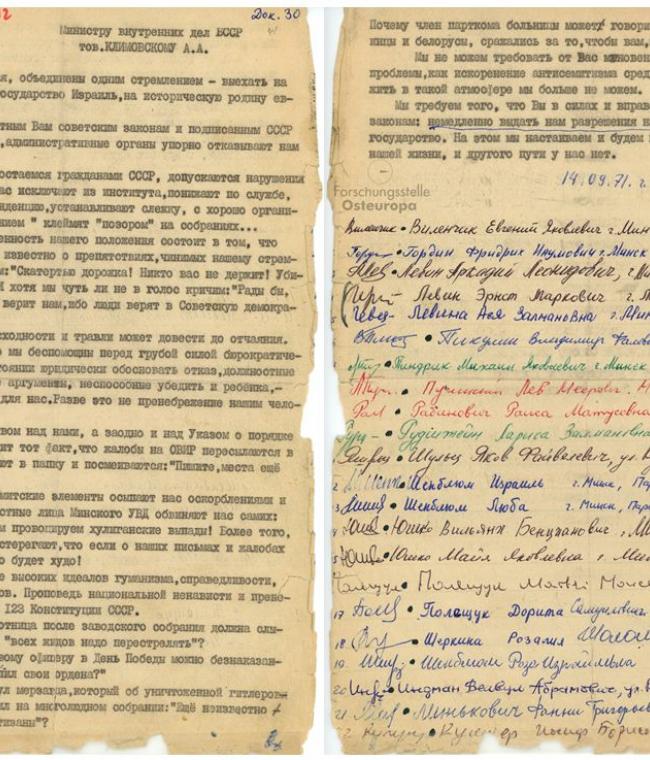 The post-WW II Jewish migration from the Soviet Union (and also after its dissolution) is one of the largest in modern history. Altogether 2.75 million Soviet Jews left the USSR for Israel, the United States, Germany and elsewhere. The position of the Soviet state with respect to emigration was remarkably ambivalent: in some cases, it was allowed and even encouraged, in others, others; it was controlled and strongly limited. The Jewish emigration movement that arose in the late 1960s and continued throughout the 1970s-1980s became an example of resistance and activism within the authoritarian system, which increasingly alerted international attention. In one way or another, it affected the lives of hundreds of thousands of people and changed the appearance of many cities and towns within the Soviet Union and outside it.
External Image 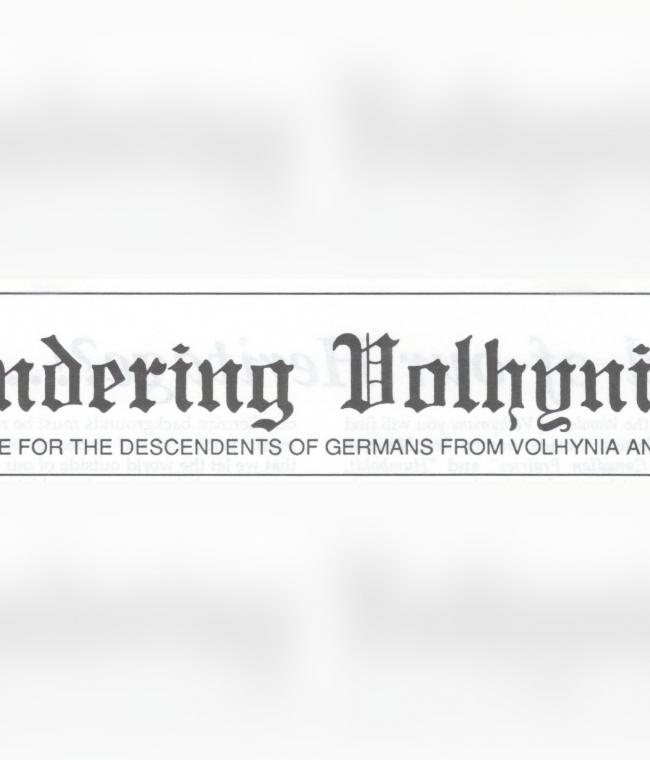 From the mid-nineteenth century onward, innovations such as steam navigation and the advent of the railroad led to a sharp increase in global migration movements. The German-speaking Volhynians were part of this development, which moved between the ideal-typical poles of voluntary and forced migration and was significantly influenced by the enforcement of the ethnonational principle. This article focuses on the emigration movements of this group from the Russian governorate of Volhynia in the period between the 1860s and the First World War. The subsequent forced migrations of the German-speaking Volhynians are also briefly discussed.
External Image 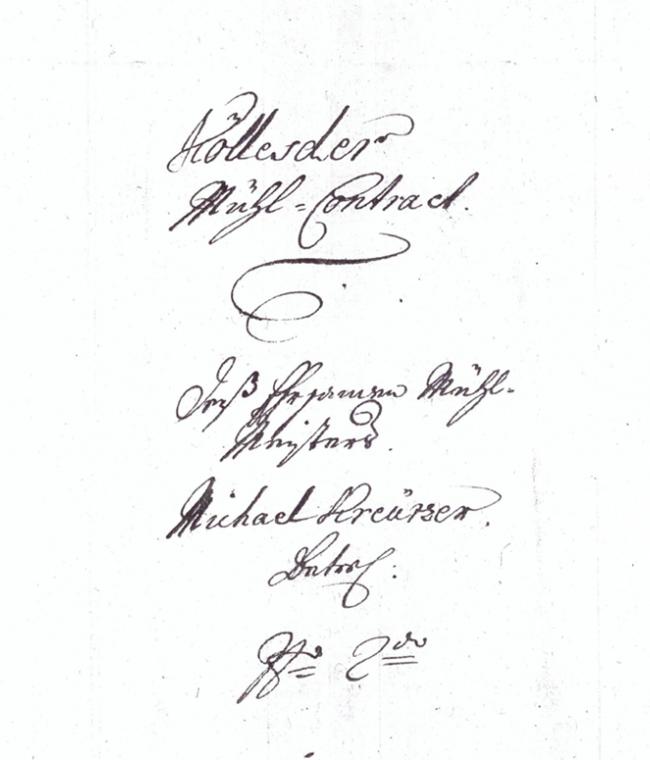 Migration to Southeast Europe in the 18th Century

A German Master Miller in a Hungarian Village
Migration stories can be success stories. Migration is often associated with people’s desire to improve their living situation. However, this wish does not always come true, and so migration stories are often marked by disappointments and failures – like that of Michael Kreutzer.
External Image 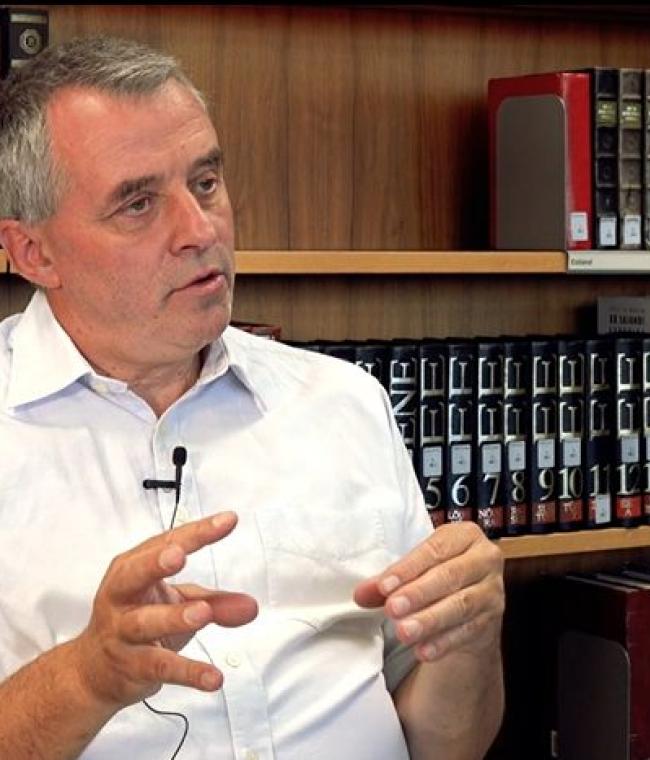 Pandemic and Migration in Eastern Europe

An interview
Copernico asked: What role have epidemics and pandemics actually played in history, especially in Eastern Europe? How were they combated in the past? What impact did they have on the course of history? What role do they play, for example, in the context of human migration movements?