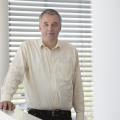 Our newsletter keeps you informed about new content in the portal and the news from the Copernico editorial team.
Subscribe to the newsletter now
Text
Hans-Jürgen Bömelburg has been Professor of East Central European History at the Justus Liebig University of Giessen since 2007. Previously, he was a research associate at the Nordost-Institut Lüneburg and at the German Historical Institute Warsaw, of which he was deputy director from 1999 to 2002. His research interests include the history of early modern East Central Europe, German-Polish relations as well as regional and urban history in Eastern Europe. In addition, he also deals with contemporary historical issues of East Central Europe.
External Image
Thementexttyp
Background article

The Lehndorff Family and the East Prussian Nobility

The East Prussian noble Lehndorff family can be traced back to the 13th century. The history and culture of remembrance around the family are exemplary for many other noble families in Eastern Europe. Our author Hans-Jürgen Bömelburg explains the role of commemorating the nobility and calls for a...
External Image
Thementexttyp
Interview (video)

Pandemic and Migration in Eastern Europe

An interview
Copernico asked: What role have epidemics and pandemics actually played in history, especially in Eastern Europe? How were they combated in the past? What impact did they have on the course of history? What role do they play, for example, in the context of human migration movements?
Share