Skip to main content
Teaserbild
Photo credit:
Acoustic landmark meets architectural landmark: View of the tower of St. Mary's Church in Gdansk - from the carillon of Gdańsk Town Hall. Motif of a postcard from the 1st half of the 20th century. Copernico, CC BY 4.0

Our newsletter keeps you informed about new content in the portal and the news from the Copernico editorial team.
Subscribe to the newsletter now
Can soundscapes of the past be reconstructed? What did cities actually sound like in centuries gone by? And do we associate certain sounds and soundscapes with the history of particular cities? This text introduces some possibilities of soundscape research, using the city of Gdansk as an example.
Text
Music cultures are a component of local identities and a special feature of cities.1 The complex texture of each Central European city is by no means identical to the next – on the contrary, it changes from time to time, imperceptibly and incomprehensibly. Landscape and light, rhythm and speed, harmony and disruption, and even those unique features set in stone – what might at first appear the same across all the cities is in fact very different. Each has its own biography.

If one takes, as the sociologist Marianne Rodenstein has suggested, “structural conditions of a political and economic nature” from which “the self-image, the political culture, the urban design and the atmosphere of a city can be derived,”2 then one arrives at differences that can be defined in terms of the natural environment, urban planning, or with recourse to history, that is, in terms of memory and historical culture. But one can also doubt this “unique and inherent logic” of cities – one only needs to look at provincial towns in Pomerania, for example: city hall, brick church, train station, the nearby lake – all confusingly similar, in history and still today.

How unique are local or regional music cultures after 1800?
Text
So, isn’t it basically the same with music and music history? Weren’t the tunes being tinkled on the pianos of Luxemburg in the 19th century the very ones being played in Trier or Saarbrücken? And weren’t the large choral societies in Stuttgart at the turn of the 20th century performing the exact same choral cantatas as those being sung by the proud choristers of Düsseldorf? And are the symphonies that a conductor was composing in his morning hours so very different from those being penned by his colleague in Graz?

The answer to this is – yes, but also no. No, if we were to consider musical works without the social, spatial and biographical contexts in which they were created and performed. And yes, if we took into account their integration into local social networks and spatial conditions, and especially their function in “cultural nation-building” and the construction of “national music” in the 19th century. Using 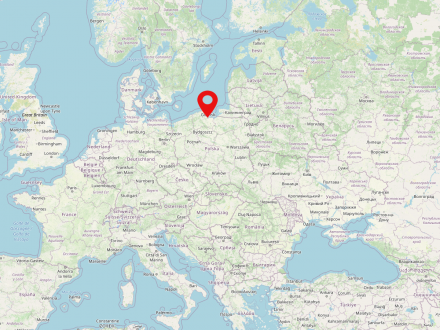 Gdańsk in the Online Encyclopedia of the Culture and History of the Germans in Eastern Europe (German)Gdańsk at Google Maps
as an example, let us briefly elaborate on this in the following, with some remarks on the local “soundscape” and the musical life of the city’s middle classes.
Can historic soundscapes be reconstructed?
Text
Despite repeated efforts, a methodical concept for the reconstruction of historical soundscapes still does not exist. As early as the 1970s, the composer and music researcher Murray Schafer described in general terms the transformation from pre-modern, rural to modern, urbanized soundscapes, a shift that saw the prominence and meaning of natural and human sounds rapidly diminish and the rise of a modern society acoustically shaped by tools, machines and means of transportation.3  In the early modern period, as cultural studies scholar Bruce R. Smith has vividly described, thunder, cannon fire, and bells were the loudest of the ambient sounds, but their decibel levels have become commonplace today, in a world of jet engines and power drills.4  Sources for reconstructing historical soundscapes are scarce, however, and are based more often on conjecture and inference than on empirical evidence. It stands to reason, for example, that in an increasingly noisy world, people also had to start conversing more loudly in order to be understood, and consequently they also had to make music louder if they wanted it to be listened to.
But the actual soundscapes of urban environments will remain an unfathomable mystery until such time as we discover a method enabling acoustic time travel. And it is at least theoretically conceivable that the sounds that have vanished from of our world have in fact been stored at a molecular level and may be able to be decoded at some point.
What does historic Gdansk actually sound like?
Text
Different perceptions of sounds and musical notes have often shaped the image of Gdansk. The city’s bells and glockenspiels have always been a central element of this, acting as “sound signals,” as Murray Schafer puts it. If one looks at literary sources of the 19th and the first half of the 20th century, for example, it is astonishing how often this motif is mentioned. For example, Paul Enderling (1880-1938), a writer from Gdansk, not only repeatedly returns to the bells in several novels, but also included them in the text of the national anthem of the Free City of Gdansk, which he wrote:
Text


Do you know the city, where German kind
Defends its wealth with might and main?
Where in German the bells invite
And where German’s every stone?
Yes, I shall blessedly die,
In Gdansk,
It must be in Gdansk!5

Text
The bell motif appears in many German poems about Gdansk, especially from the 20th century, which, incidentally, were mostly occasional poems and thus written for social events and often recited in public. The large city of Gdansk, whose population already stood at 170,000 shortly before the First World War, still sounds like a provincial town in these works. Indeed, if we were to believe the fine literature produced between 1800 and 1945, we would conclude that there were hardly any urban sounds in the “German city of Danzig”. In actual fact, however, these chiming bells are (and were) much less present than the literature would have us believe. Gdansk’s bells are not so much an active object of the heard soundscape, but rather belong to an imagined soundscape. Their great importance in the imagination of writers, but certainly also of the city’s past and present residents, is evoked by the sight of the city with its many church towers, or by the memory of the city with its many church towers.
Gdansk’s bourgeois musical culture in the 19th and early 20th centuries
Text
But a city consists not only of sounds, but also of people who produce sounds. Cities are not only sound spaces, but also social spaces. So was the connection between music and society in Gdansk also an element of the "Eigenlogik", the unique, inherent logic of the local area?
The musical life of the city developed after the end of the old Gdansk with its council chapels and church chapels, in a way that was quite typical of the time. It was reflected in the city theater’s repertoire of operas and ballad operas, farces, incidental music, festival overtures, and then operettas, all oriented toward the mainstream tastes of the time. In addition, there were numerous musical societies. The first of these was the Danziger Gesangverein (Gdansk Singing Society), founded in 1818 and renamed the "Singakademie" (Singing Academy) in 1899. In 1885/86 it had 398 members, of whom at least 189 were active. It was one of the central institutions of the city, in which bourgeois culture was cultivated and passed on, and to which numerous representatives of the administrative elite and well-known, long-established families belonged. 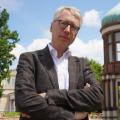 The post-WW II Jewish migration from the Soviet Union (and also after its dissolution) is one of the largest in modern history. Altogether 2.75 million Soviet Jews left the USSR for Israel, the United States, Germany and elsewhere. The position of the Soviet state with respect to emigration was...