Skip to main content
Teaserbild
Photo credit:
Monika Hunnius (1858-1934), portrait photo from the 1920s. Herder-Institut für historische Ostmitteleuropaforschung, CC0 1.0
Monika Hunnius is generally known as a Baltic German author. She, however, saw herself as a musician – and was part of a network of musicians that extended all over Europe, to which Julius Stockhausen, Johannes Brahms, and Clara Schumann belonged as well.
Text
In 1921, at the age of 63 and 13 years before her death, Monika Hunnius (1858-1934) began her literary career with notable support. The author Hermann Hesse (1877-1962) made a decisive publishing contract for his older friend possible by promising to write a foreword in her very first publication.1  From then on, Hunnius proceeded to make history as a regional author with biographically influenced retrospectives. She even received an honor in person from Paul von Hindenburg, the President of Germany, on the occasion of her 70th birthday, which she celebrated in her home city of 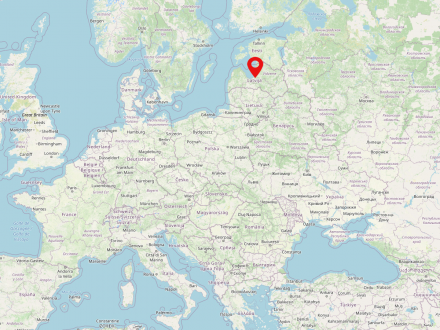 Riga is the capital of Latvia and, with almost 630,000 inhabitants, by far the largest city in the country. It is located in the southwest of the historical landscape of Livonia near the mouth of the river Daugava in the Gulf of Riga. Historically, Riga was an important trading and Hanseatic city with a largely German-speaking population, whose political supremacy changed repeatedly. Until the end of the Middle Ages, it was mainly ecclesiastical rulers (Archbishopric of Riga, Teutonic Order) who claimed the city and the surrounding area for themselves. After a short period of Polish-Lithuanian rule, the city became part of Sweden in 1621. Just a century later, Riga became part of the Russian Empire and here became the capital of the Baltic governorate of Livonia. Only in 1918 Riga became the capital of an independent Latvian state. 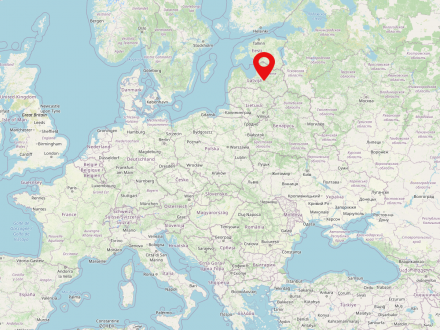 Latvia is a Baltic state in the north-east of Europe and is home to about 1.9 million inhabitants. The capital of the country is Riga. The state borders in the west on the Baltic Sea and on the states of Lithuania, Estonia, Russia and Belarus. Latvia has been a member of the EU since 01.05.2004 and only became independent in the 19th century.

Lettland in the Online Encyclopedia of the Culture and History of the Germans in Eastern Europe (German)Lettland at Google Maps
, as opposed to von zur Mühlen, intensifies in later years. Following the outbreak of World War I, Hunnius’s activity as a singing teacher comes to an end. She leaves the Baltic States and finds in Germany the protection she needs to pursue her literary work. Hunnius returns to Riga at the beginning of the 1920s and continues her work as singing teacher and author. In the last years of her life, health problems lead her to become dependent on full-time care. Hunnius dies in 1934. Visiting and interviewing some of her students has allowed us to gain insights into these final years of the life of an artist, who is now solely known for her literary work.
External Image 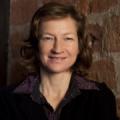 1.
Hunnius’s publication “Mein Onkel Hermann” debuted indeed in 1921 with a foreword by Herman Hesse through the publisher Eugen Salzer in Heilbronn. ^
2.
The life and work of Monika Hunnius is subject of Anja Wilhelmi (2017): “Monika Hunnius, aus dem Leben einer Grenzgängerin”. ^