Skip to main content
Teaserbild
Photo credit:
Jewish concentration camp survivor, artist and educator Max Mannheimer in his Tatra in June 1996. Charlotte Zinkl / Adalbert Stifter Verein, Free access - no reuse
Max Mannheimer (1920-2016) was an institution, as a painter and storyteller, as a Holocaust survivor and chairman of the Dachau Camp Community.
Text
Schools and streets have been named after him. He had such an emphatic storytelling style that school students and adults alike would hang on his every word. His wealth of anecdotes and jokes were renowned, and always underpinned by a deep sadness. He lost his first wife and almost all his family members in the Nazi death camps. Nevertheless, when he met people, he approached them not with hatred, but with thoughtfulness. You are not responsible for what happened, he would say to the students, but for ensuring that something like this never happens again.

One thing with which he could open even tightly closed hearts was his silver-gray Tatra, a relic of interwar 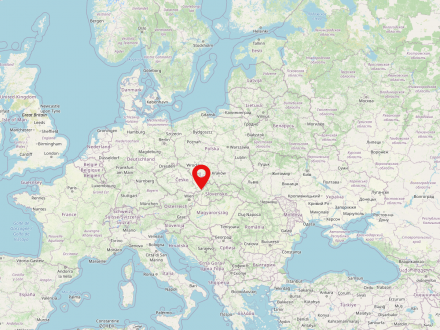 Czechoslovakia was a state existing between 1918 and 1992 with changing borders and under changing names and political systems, the former parts of which were absorbed into the present-day states of the Czech Republic, Slovakia and Ukraine (Carpathian Ukraine, already occupied by Hungary in 1939, from 1945 to the Soviet Union). After 1945, Czechoslovakia was under the political influence of the Soviet Union, was part of the so-called Eastern Bloc as a satellite state, and from 1955 was a member of the Warsaw Pact. Between 1960 and 1990, the communist country's official name was Czechoslovak Socialist Republic (abbreviated ČSSR). The democratic political change was initiated in 1989 with the Velvet Revolution and resulted in the establishment of the independent Czech and Slovak republics in 1992.

Tschechoslowakei in the Online Encyclopedia of the Culture and History of the Germans in Eastern Europe (German)Tschechoslowakei at Google Maps
, where he grew up. A sensation at the time, this was the world's first streamlined car and, today, is a first-class vintage car. Long and sleek as a rocket, it seemed to have raced into the present from another time and, with the steering wheel still on the right side, it told of a peaceful past. When the Tatra 87 was built, left-hand traffic prevailed; right-hand traffic was only introduced by the Nazis after the occupation of 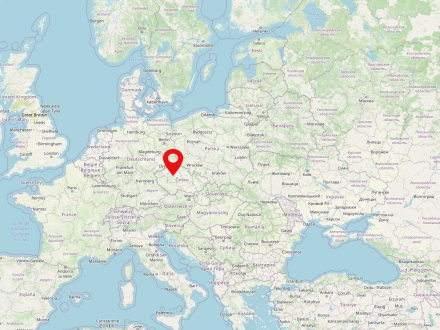 Prague is the capital of the Czech Republic and is inhabited by about 1.3 million people, which also makes it the most populated city in the country. It is on the river Vltava in the center of the country in the historical part of Bohemia.

Praha in the Online Encyclopedia of the Culture and History of the Germans in Eastern Europe (German)Praha at Google Maps
in the spring of 1939.

Mannheimer received the car as a gift for his 70th birthday from his brother, who wanted to fulfill his childhood dream. As a 15-year-old, the young Max had seen a Tatra in the town square of 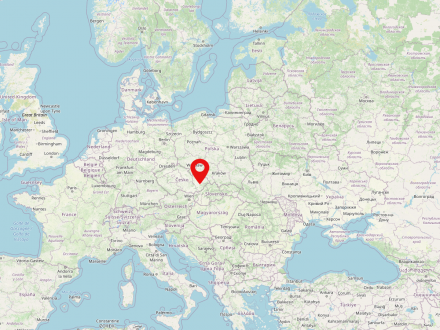 Nový Jičín is a town in the east of the Czech Republic with a population of just over 23,000. It is located on the Moravian side in the so-called Kuhländchen (Czech Kravařsko), a historical landscape partly in Moravia, partly already in the historical region of Moravian-Silesia. Nový Jičín is located only 30 km southwest of Ostrava, the third largest city in the Czech Republic.

Nový Jičín at Google Maps
(Nový Jičín), his Moravian birthplace in Kuhländchen. Years later, it was not only the 15-year-olds in Bavaria who would be transported at the sight of the car and would run behind it as Mannheimer drove along. People would listen attentively and were deeply affected by the stories he told about his life, about the crimes of the National Socialists and the admirable way people at that time learnt to cope.
External Image 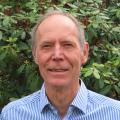 A lost childhood and new worlds
"I lost my home," Vera von Lehndorff once said, "but lost childhood is a better description." When her father was executed on September 4, 1944, she was five years old. Her sister Eleonore, "Nona," was six and a half, and Gabriele was two. Catharina was only 19 days old; she was born in the Torgau...
External Image
Thementexttyp
Background article

The post-WW II Jewish migration from the Soviet Union (and also after its dissolution) is one of the largest in modern history. Altogether 2.75 million Soviet Jews left the USSR for Israel, the United States, Germany and elsewhere. The position of the Soviet state with respect to emigration was...
External Image
Thementexttyp
Background article

Summer 1941: Jews from the Baltic States flee for their lives

The long shadow of the past. Only a few Jews from Lithuania and Latvia managed to escape the Holocaust in the Baltics. Here are some of their accounts and the reasons for their difficult escape.